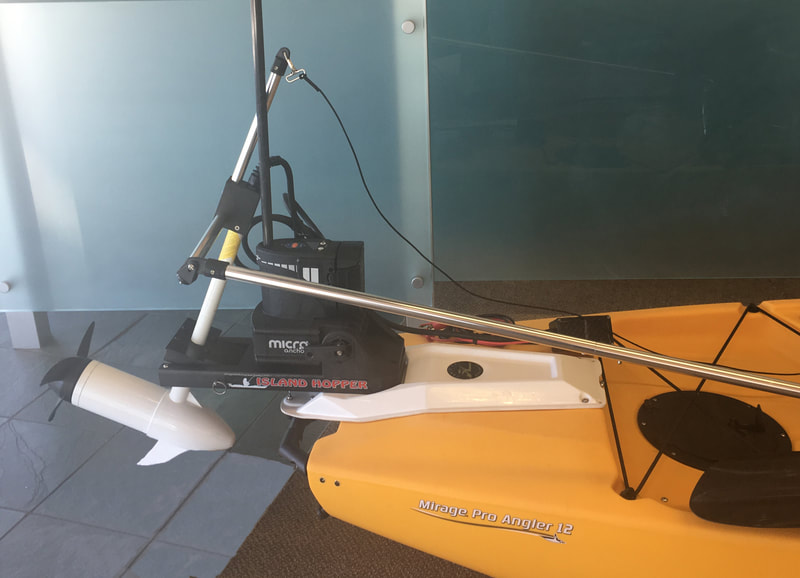 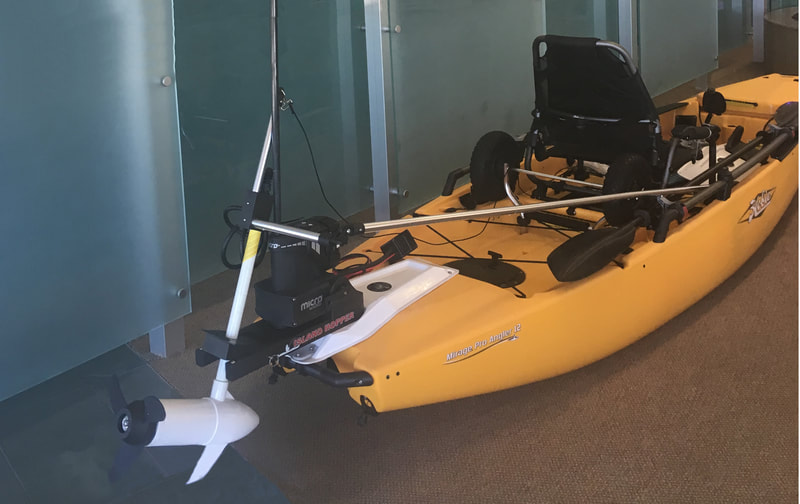 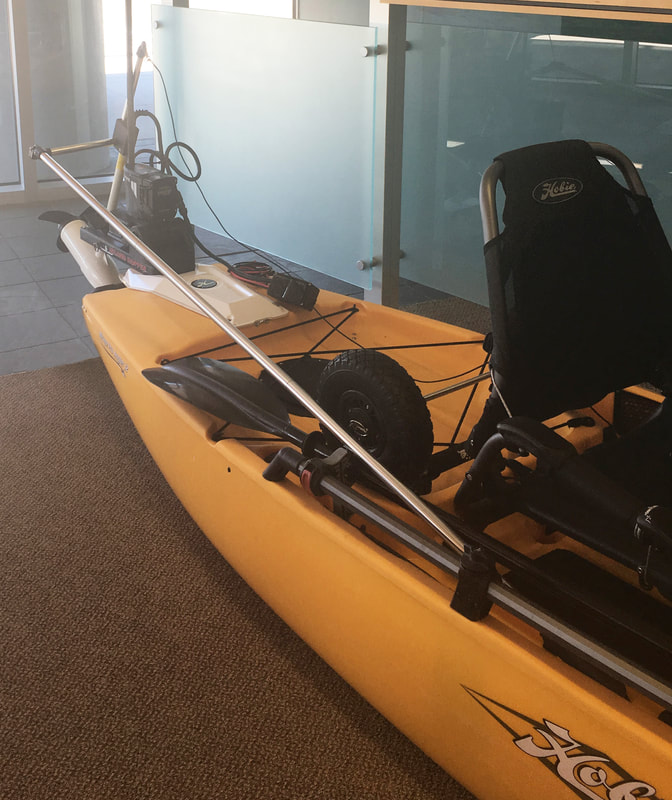 Exclusively Designed For Hobie® Owners Who Own a Power Pole and Want A Variable Speed Transom Mounted Trolling Motor.  Includes Island Hopper's Transom mounting plate which screws into Power Poles inserts with four stainless screws provided.  Lifts and Pivots out of water for beaching kayak. Installs within seconds.
Power Pole and Hobie Power Pole - Mount Plate Sold Separately.
**Coast Guard requirements dictate that each un-grounded current-carrying conductor must be protected by a manually reset, trip-free circuit breaker or fuse**
Customers Who Bought This Item Also Bought
Wireless Variable Speed Control Island Hopper Kayak Motors Built with Smart Energy Conservation Modulator (S.E.C.M.)
Introducing a new breed of  kayak motors integrated with (S.E.C.M.) circuit board. These electronic boards modulate the energy consumed by the trolling motor into mini pulses, making it possible to conserve up to 80% of  battery reserve based on trolling speed chosen.
Micro Processor Sensing Unit
The Smart Energy Conservation Modulator (S.E.C.M), is built with the most advanced super H Bridge F.E.T power-train technology and a micro-processor that can detect an abnormal current load inconsistent with the motor amperage draw. The sensing microchip module shuts down the motor in a fraction of a second, preventing the trolling motor and its circuitry board from damage and will auto reset itself again.
What causes an abnormal current load?
An abnormal current load is caused when a propeller gets fouled with sea grass, weeds, kelp, fishing lines or debris, causing the motor wires to heat up and shorting the control board and motor, and potentially destroy the motor.
Advantage of Smart Energy Conservation Modulator (Variable Speed Controller) Verse Conventional Trolling Motor
A conventional trolling motor, will use up as much energy as it is rated when choosing slow speed such as, 30 lbs thrust will draw 30 amps, 46 lbs thrust will draw 46 amps and so on. These conventional motors regulate the speeds, by taking the energy from the battery and cycling it through a rheostat in the motor, to delivery a slower speed by converting that energy into wasted heat and into the cool water.
The Smart Energy Conservation Modulator senses the selected trolling speed and calculates the power draw required by the motor through a series of complicated steps, then delivers the exact amount of amperage needed by the motor. This process saves the otherwise wasted amperage and sends the amperage's back to the battery, thus extending a single charge, from 3 hours to 8 hours.*
While S.E.C.M maximizes the amount of energy drawn at lower speeds, it will also sense the greater demand for higher speed and by pass the modulation mode (trickle amperage delivery system) allowing the motor to go full speed. However, at wide open throttle, no substantial amperage savings will be gained .
*These rates are based on 12v 75ah battery.
Trolling motors require a 12v battery to operate.  Depending on the pounds of thrust of the motor you choose,  you may require a back up battery for longer range use.  ​Battery range will vary due to size, weight and type of  kayak in addition to kayaks load, wind and current.  *Additional battery info Click Here